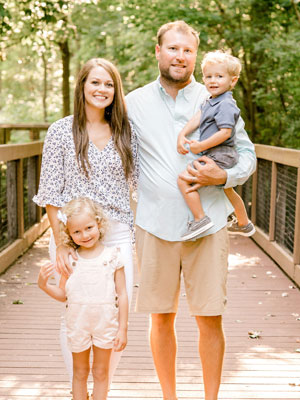 Austin, Naomi, Kree, and Lander Wolf
Owner, President of Donor Solutions
Our journey has been incredible and THE LORD has granted us incredible favor through opportunities and relationships in the past 5 years. We started our journey as a CLIENT of Donor Solutions and then in October of 2013 we took the herdsman position as an EMPLOYEE of Donor Solutions under Brian & Emily Hannon. After 2 short years of this position we were honored to be offered the opportunity to purchase Donor Solutions in it's entirety and be the sole OWNER/PRESIDENT in September of 2015. Since then, our family has been extremely blessed to have kept previous relationships and to continue to build new ones. We do this because it's what we love and we are in the business for you! Relationships are our favorite part of this business and we are extremely thankful for you all and whats to come in the future! 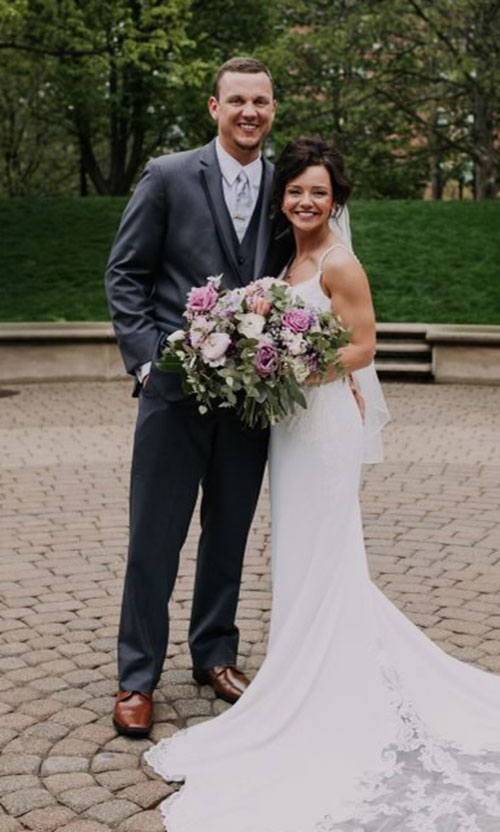 Logan and Breann Johnson
Herdsman
Logan grew up on a family owned row-crop and Cattle Farm in Heyworth, IL. Growing up, He showed Cattle competitively at the State and National level and experimented some in Horses at the County level as well. His last two years of eligibility, he also showed a few lambs. Upon graduating from High School, Logan attended college at Lakeland Community College where he was involved with the Livestock Judging Team, and other Ag Clubs at School. After graduating from Lakeland with his Associates degree in Agriculture Science, He transferred to Western Illinois University where he was involved with Ag Clubs, helped at the School Farm, and also worked for Welsh Cattle Co. He obtained a Bachelor’s Degree in Agriculture Business along with a minor in Animal Science. Fresh out of College, Logan worked for Earlybird Nutrition as a Sales Assistant/Mill Operator. Following his experience there, He decided to begin to diversify his knowledge of species by accepting a position with United Animal Health as a Research Assistant/Production Technician where He was involved in all realms from Research, Sales and Hog production. Throughout his professional careers Logan continued to raise Show Cattle alongside his Father and Brother in their operation Johnson Cattle Co. With the desire to return to his roots, He has decided to take his Cattle and Hog experience to the next level and become a valuable team member at Donor Solutions and Wolf Show Stock. Join us in welcoming Logan to the team!